The band's upcoming fifth full-length album, "Viperface", is due for release tomorrow through Hell's Headbangers Records. 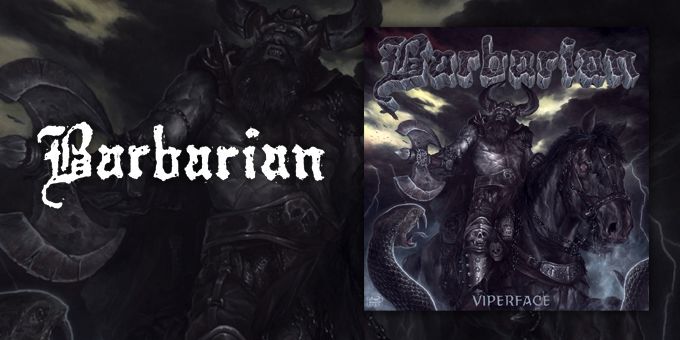 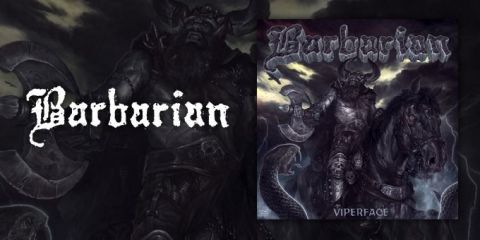 Barbarian are getting ready to unleash "Viperface" tomorrow, their fifth full-length studio album. The release will happen through Hell's Headbangers Records, who have just uploaded the album's title track to their YouTube channel, check it out:


The label commented on the band's path so far, and what listeners can expect with the new record:

Since signing with Hells Headbangers in 2016, Barbarian have truly hit their stride. First came their third album, Cult of the Empty Grave, which found the power-trio in fiery form - or, "Absolute Metal," as they called it - taking all the rudiments of their first two albums and exploding the band out of the underground.

Then, a year later, came a self-titled 7", which offered an even rowdier take on their now-trademark blackened traditional metal. It also saw them touring the United States for the first time, spreading their dark gospel to untouched heathen shores. Then, in 2019 came their masterful fourth album, To No God Shall I Kneel, hitting a highwater mark with their "Obtuse Metal."

So, what's next for Barbarian? The "Regressive Metal" of fifth album Viperface! "Our approach to metal is regressive," the band declare. "By means of metal retrogardism, we interrogate the present - do we really need so many sheep and shepherds today? Heavy metal is the whip, and you bleed!" Indeed you shall bleed across the taut 'n' tight 37-minute Viperface, thrilling to the high-octane Motorcharge of its seven component tracks.

While "sticking to their guns" or even "more of the same" are backhanded compliments (at best) to other bands, Barbarian aren't "other bands," and there's no reason to fix or falter from such a noble foundation as theirs. For the earliest works of Omen, Celtic Frost, Manowar, and Running Wild are revered and recast yet again, the riddle of steel still pondered and pursued, as Viperface evinces that same uniquely Barbarian balance between the ancient and the fresh. Some of it may be darker or drunker or more uplifting or perfect for lifting weights or whatever - but this is 666% Barbarian at the height of their powers, not yet ready to descend from that mount.

Absolute Metal! Obtuse Metal! And now REGRESSIVE METAL! Step back or step aside with Barbarian's Viperface. 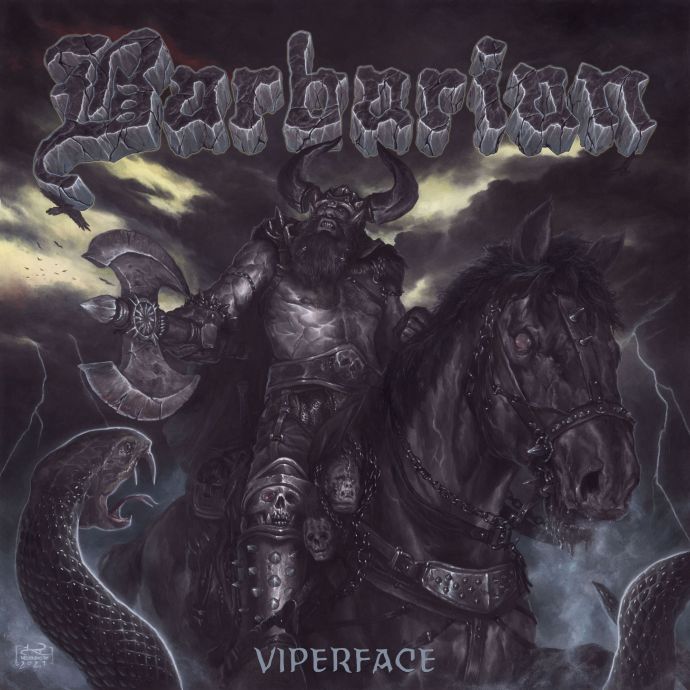 You can order "Viperface" from the Hell's Headbangers Records website in cassette and CD formats, with vinyl LP expected to follow at some point in 2023:

Alternatively the album is available in digital format via the label's Bandcamp page:

No comments yet.
Leave a comment
for 'Barbarian streaming title track from new album'