Necromante release lyric video for "the venom between gods"

The song is the tenth track from the band's most recent album, "XI", which was released on the 25th of March. 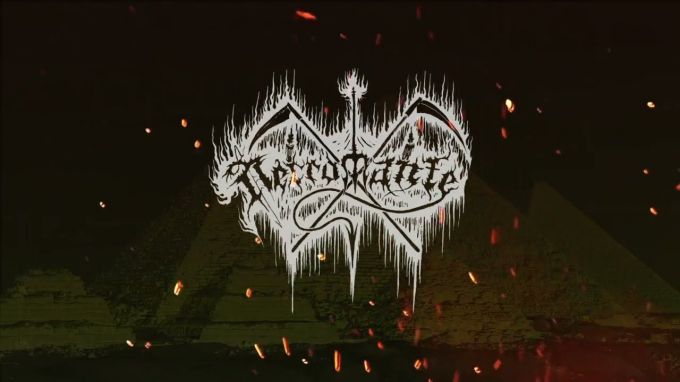 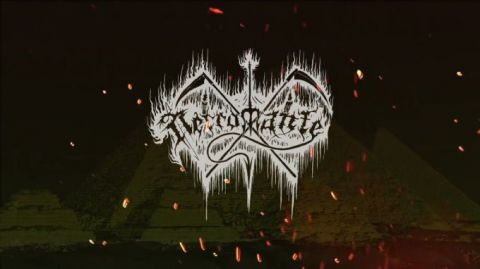 Necromante released their second full-length album, titled "XI", via Iron Bonehead Productions. Yesterday, a lyric video was uploaded to the label's channel for the album's tenth track, "The Venom Between Gods", check it out:


The label commented on the band's origins and influences as well as the themes encountered on the new album:

Formed in 2007, NECROMANTE patiently stirred their cauldron of sound over the course of a couple demos, a mini-album, and a live album. Hailing from Brazil, within that cauldron, of course, can be found ancient ingredients like Sarcofago, Vulcano, Sextrash, Mystifier, and Impurity, but the power-trio finesse forth a sound that's less focused on tempting the corners of chaos as it is conjuring an arcane, otherworldly aura - in that sense, not dissimilar to Impurity's classic Into the Ritual Chamber.

However, in 2017, NECROMANTE released their debut album, The Magickal Presence of Occult Forces, through the auspices of IRON BONEHEAD and undeniably etched a unique name for themselves. Not for nothing was it titled The Magickal Presence of Occult Forces: raw and red-blooded yet utterly clear in its execution, the album swirled together martial blasts of bestial drums, sorcerous heavy metal leads, contrapuntal bass-work, and frequent interludes of eerie acoustics.

After nearly five years of eerie silence (a super-limited live tape was released after the debut album), NECROMANTE return with their second full-length, XI. Immediately, it is felt: XI continues on from that celebrated first full-length AND spelunks in new dungeons altogether. For one, NECROMANTE's instrumental prowess has tightened whilst remaining requisitely loose; this allows their ever-deepening grasp of dynamics to penetrate the soul as well as boil the tension to an intense degree during the album's many hypnotic mid-tempo passages. To that, this subtly doomier aspect nods to ancient touchstones like classic Mortuary Drape, early Samael, and even touches of old deathrock; even with frequent yet well-timed bouts of violence, the aura of XI is funereal and more than a bit eerie.

More than anything, NECROMANTE have perfected their sound within clearly marked boundaries, but more importantly have brewed potions of strong songwriting that work magickally within those boundaries. In turn, the vision of XI appears boundless and brilliant - ancient, epic, and literally UNDERGROUND! 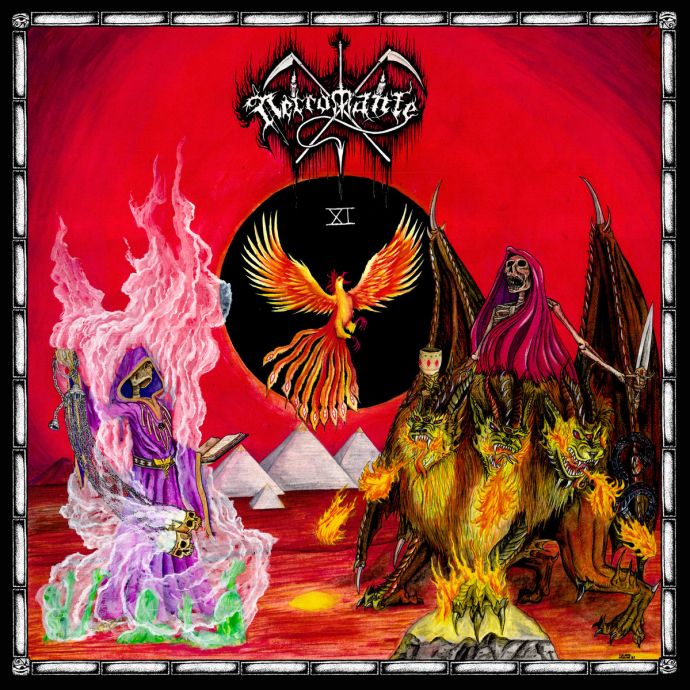 The album is available in digital format, with vinyl LP expected to be available shortly:

No comments yet.
Leave a comment
for 'Necromante release lyric video for "The Venom Between Gods"'