The band's debut album, "Les Nuits de Gethsémani", is expected for release on the 30th of September. 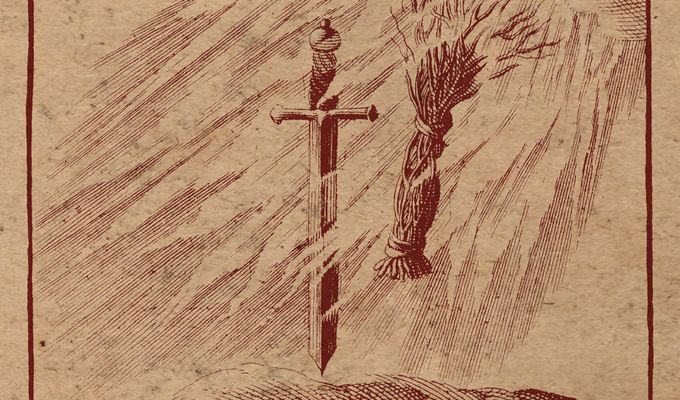 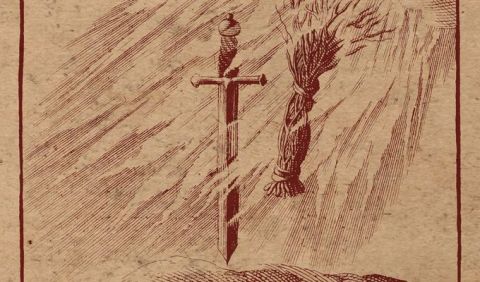 Precieux Sang have just released the opening track from their upcoming debut album, "Les Nuits de Gethsémani", which is due for release on the 30th of September via Eisenwald. The track is titled "Le Sang du Mystère", and it premiered a couple of hours ago on the label's YouTube channel, check it out:


The label went into some detail regarding the sounds explored on the album:

Formed in 2019 in Kénogami, Québec, Précieux Sang offers a fresh interpretation and perspective on the sonic qualities that have characterized Québec's black metal offerings over the past decade. While the sounds explored here are at once familiar and never veering too far into extravagant experimentation, the performances and dedication of Précieux Sang are on full display and manage to strike the listener from the opening lines of the first track "Le Sang du Mystère".

While many contemporary bands and musical projects currently seem obsessed with embellishing their sound with non-conventional instrumentation or vocalizations, Précieux Sang seems far more interested in conveying their music through the power of harsh, yet never abrasive walls of soaring guitar chords and powerful, firm drumming. Their music is immediate in nature and capable of navigating listeners through the troubled waters of metaphysical angst...

Conceptually, "Les nuits de Gethsémani" explores three pictures of a man stepping into the night, with bare feet, on the Mount of Olives. The three movements showcase a staggering ability to convey emotion through the power of composition, as elements of myth, sin, death, sun, and blood are juxtaposed to form an engrossing whole. Précieux Sang is interested in religious sentiment, tragedy, and abjection. Rejecting the more widespread fascination of their contemporaries with the occult, Précieux Sang is more interested in the exoteric aspect of religious experience: the Sacred rather than the secret.

Considering that this is the band's first release, there is an impressive depth to the songwriting on display, with each track flowing effortlessly from passages of high-paced, frenetic yet never out of control chord based riffing to gargantuan mid-tempo sections as well as calmer, meditative sections, with a highly emotive vocal performance perfectly complimenting the glorious melodic shifts in the guitars throughout.

The production of "Les nuits de Gethsémani" is of particular note, with mixing and mastering duties handled by Xavier Tehom in March 2021 in Montréal, these songs sound incredibly clear and dynamic, without losing the passion and essence of the performances in plastic studio trickery. The sonic force on display in these three tracks is something to behold, offering a rich texture that showcases these three songs in a way complimenting the music and certainly warranting repeated listens.


A total of three tracks will be presented on the album:


Here's a closer look at the artwork, designed by Canadian musician Olivier B. Emond: 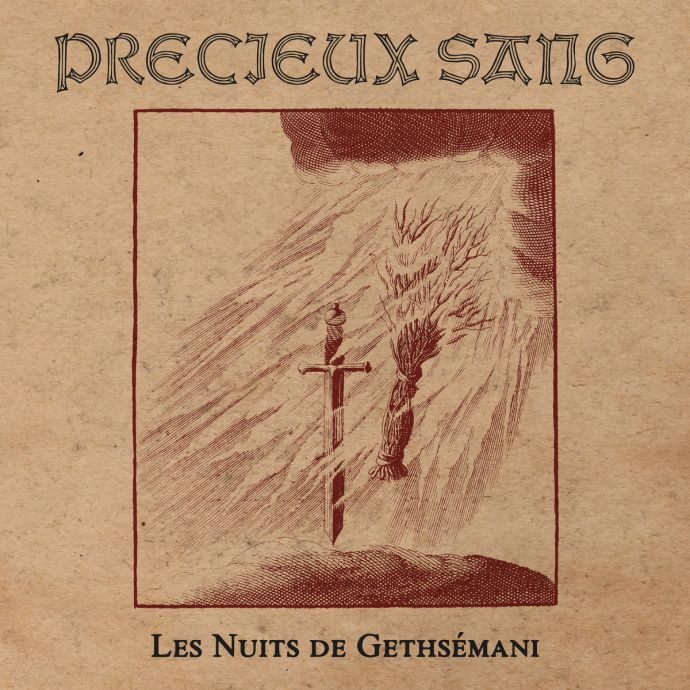 No comments yet.
Leave a comment
for 'Precieux Sang reveal opening track from upcoming debut'