The band has just revealed the song "Arena at Dis", the third track from "Through Sheer Will And Black Magic...", their upcoming debut full-length. 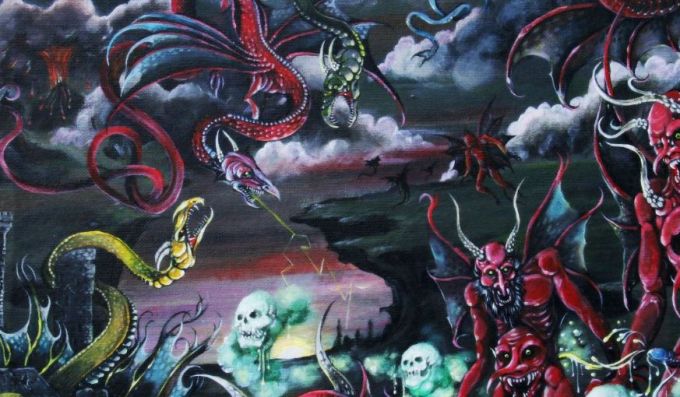 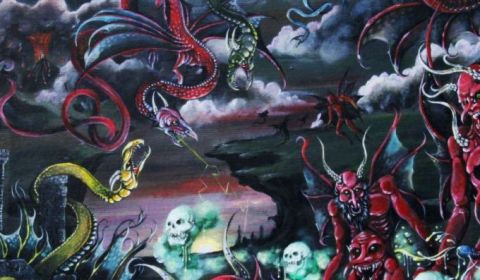 Daeva have just unleashed a brand new song, titled "Arena at Dis", which is the third track from their upcoming debut album, "Through Sheer Will And Black Magic...", which will be released on the 14th of October through 20 Buck Spin. A video for the track was created by Frank Huang, check it out:


The label elaborated briefly on the music within:

Five years on from the wantonly indecent 20 Buck Spin-released debut EP ‘Pulsing Dark Absorptions’, Philadelphia’s Daeva rise like blistering flames from the hellish depths with the long-smoldering first album ‘Through Sheer Will And Black Magic…’.

A fiery maelstrom of early demonic Black Metal and jagged edge Thrash convulsions forms the inherent basis of the album, where Daeva have perfected their art like gleaming forged steel. Within this blueprint for madness guitarist Steve Jansson imposes a deliberate brandishing of Death Metal’s maggot strewn corpse and a vigorously lethal dose of pure 80s metal spirit and zeal. The journey through these scorched wastelands persistently guided by the venomously inventive acid-tongue of vocalist Edward Gonet.

Song after song, riff after riff the Arthur Rizk produced “Through Sheer Will And Black Magic” is an insatiable and unstoppable whirlwind of unearthly pleasures and infernal butchery. Storming the gates of heaven with voracious exhilaration Daeva inflict the ultimate triumph of hell upon the feeble sheep of the light.


"Through Sheer Will And Black Magic..." features a total of nine tracks:


The artwork up close, as designed by German artist Patrick "Karmazid" Zöller: 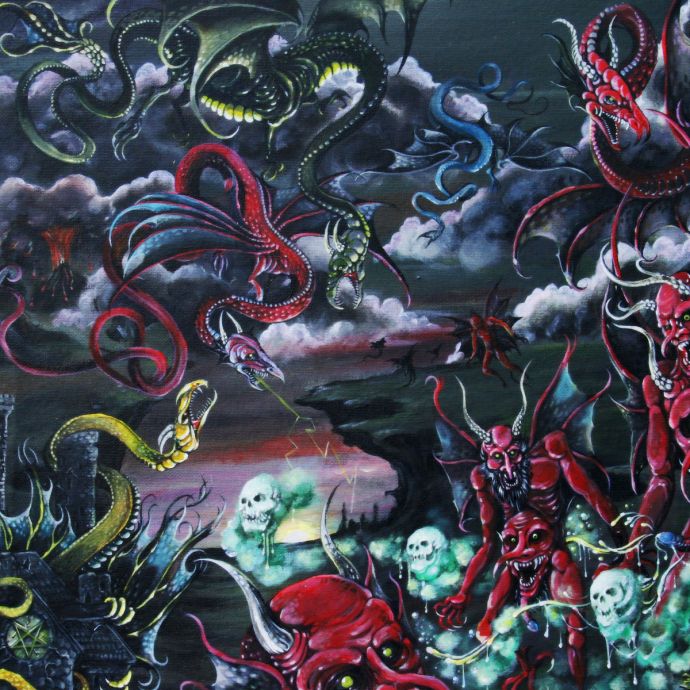 Pre-orders should be going live soon via the 20 Buck Spin shop. Stay tuned.

0 Comments
for 'Daeva put out song from upcoming debut album'

No comments yet.
Leave a comment
for 'Daeva put out song from upcoming debut album'