The band plans to release their second full-length album, "Sathanas Grand Victoria", on the 30th of September, with the track "The Portal" now available for listening. 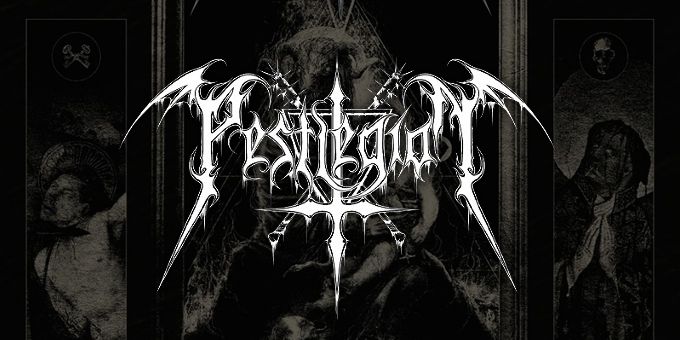 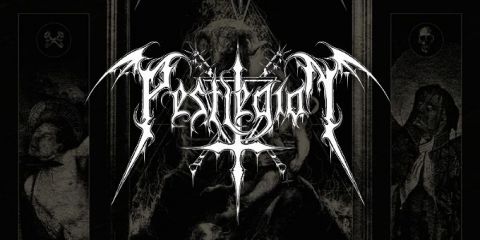 Pestlegion are getting ready to unleash what will be their second full-length album, titled "Sathanas Grand Victoria", on the 30th of September via Osmose Productions. While we wait, the album's third track, "The Portal", premiered on Wednesday:


The label commented on what to expect, and the key roles played by

Sodom members in the creation of the album:

With 'Sathanas Grand Victoria' PESTLEGION return with a grim black assault on all what is holy. Their 2022 album destroys all hope for a better future by focusing on the essence of human lifes and efforts, it concentrates on death itself, the final victory of the seducer of mankind. The four German maniacs composed eight songs which lead into a dark and lost existence, surrounded by fear and infernal thunder. PESTLEGION sound scapes are wide and dynamic but primitive and analogue at the same time.

Mixed and mastered by SODOM drummer Toni Merkel and backed up by Tom Angelripper's vocals, PESTLEGION clearly show that they deeply stick in the old school beginning of Black Metal but propel the genre to a new and ghastly highlight, compounding darkness, speed, brutality and atmosphere to a sheer cacophony... supporting everything which sounds unholy or even dead.


"Sathanas Grand Victoria" will be Pestlegion's first release of any kind in over four years, and features a total of nine tracks:


Here's the cover art close up: 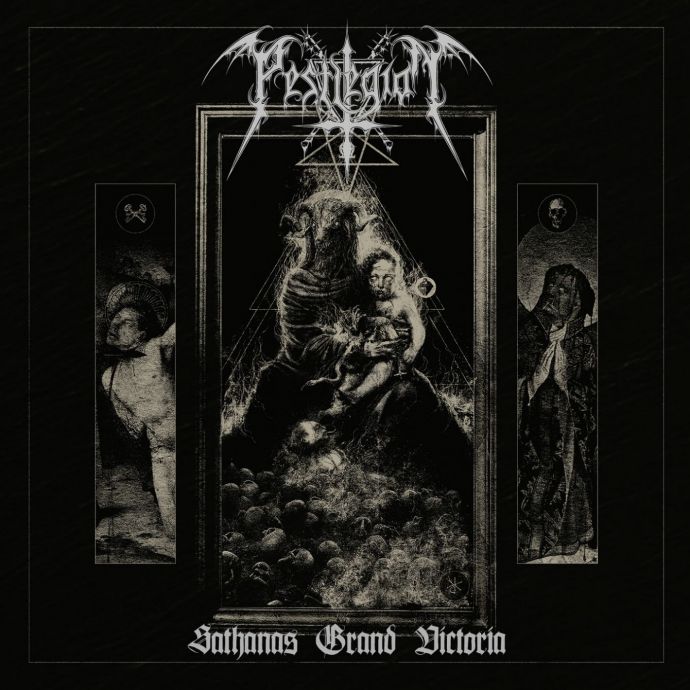 "Sathanas Grand Victoria" is now available for pre-order via the following link in cassette, jewelcase CD and digipack CD, with vinyl expected at a later date:

No comments yet.
Leave a comment
for 'Pestlegion premiere new track'