The band's third album, "Clandestine Theurgy", will be released via Hell's Headbangers Records in December. 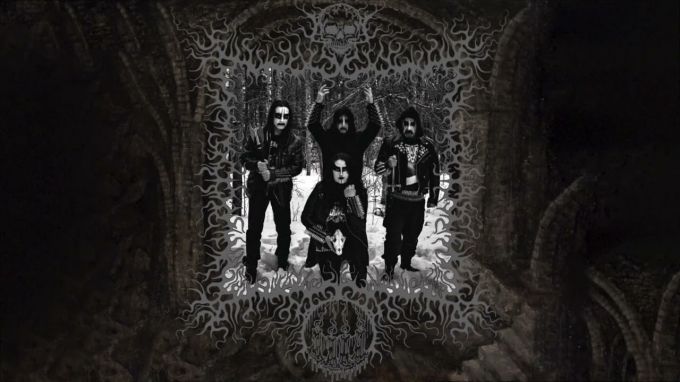 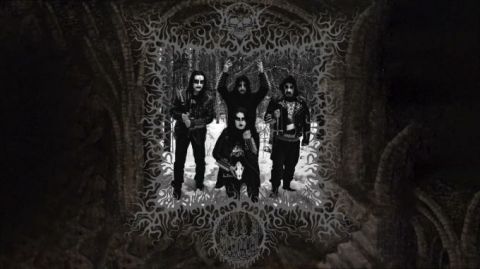 Nocturnal Departure have just announced what will be their third album, titled "Clandestine Theurgy" and scheduled for release via Hell's Headbangers Records at some point in December in CD and cassette format, with a vinyl LP edition expected to follow in 2023. To celebrate the announcement, the track "Ceremonial Storm" will premiere later this afternoon on the Hell's Headbangers channel:

The label elaborated on the band's roots, their career to date, and what to expect with "Clandestine Theurgy":

NOCTURNAL DEPARTURE were birthed from yellow moonlit darkness between Beltane and Lughnasadh of 2017 into a campaign of rejection and disgust for Christendom and the hypocritical norms of society. NOCTURNAL DEPARTURE redirect the psychomachia of the human condition through ritual and occultism, focusing it outwards as the moon gathers and reflects light from the sun, with raw and illuminating indifference.

Almost literally a band out of time, NOCTURNAL DEPARTURE harken to the grim days of the '90s black metal underground, particularly its most devout sectors in the United States. While once the object of mockery from the ignorant despite featuring some of the most original and unorthodox outliers, it's USBM that has the last laugh, as the idiom has developed over the decades and still rings true in the darkest of hearts. NOCTURNAL DEPARTURE encapsulate this mood and era in its most perfect, poignant form on Clandestine Theurgy.

Featuring gloriously macabre cover art created by Abomination Hammer, indeed, its title is something of a rallying cry for such hearts - "those who know, know," as the adage goes - and its raw, desperate violence evinces elements of Judas Iscariot, Masochist, Black Funeral, Summon, and Blood Storm but undeniably with a personality all its own. TRADITIONAL black metal, then, no more but definitely no less: Clandestine Theurgy is a throwback masterclass.

"We are gratuitous in this moment," state the band, "sharing a glimpse into what we have all worked so passionately on as a group over the last couple of years. Our dormant slumber has ended, and we have returned with an igneous rage and inspiration! We are honored to be working with HELLS HEADBANGERS, and for all that this unholy pact yields for us together. Prepare for Clandestine Theurgy under demonic winter moons, 2022/2023."

No comments yet.
Leave a comment
for 'Nocturnal Departure reveal new album and premiere new track'