Woods of desolation reveal next album and new single

The next album will be titled "The Falling Tide", marking the project's first release in over eight years.

Woods of Desolation has just revealed the details for a new album, which will be titled "The Falling Tide", marking the project's first release of any kind in over eight years. "The Falling Tide" will be released via Season of Mist on the 9th of December, and together with the announcement, the album's title track has been made available for listening via the label's channel in lyric video format, check it out:


Season of Mist commented briefly on the project's return:

Australian visionary Woods of Desolation returns with ‘The Falling Tide,’ a bewitching crescendo of atmospheric black metal and post metal elements. Unlike the act’s Australian contemporaries who are known for their raw, unrefined grit, Woods of Desolation takes a different approach, showcasing the genre’s beauty and elegance with their grand melodic passages and radiant aura.


The new album will feature six tracks, clocking in at just over 36 minutes in length:


The cover art for "The Falling Tide" was created by Brooklyn-based artist Lucas Ruggieri, who already collaborated with Woods of Desolation on the project's previous album, "As the Stars": 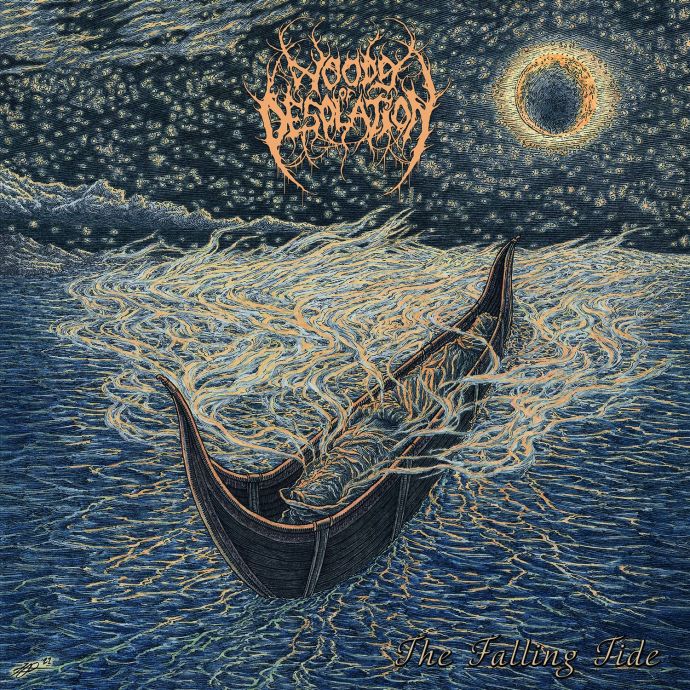 "The Falling Tide" is now available for pre-order via the Season of Mist store in a variety of formats, together with some new merchandise for the release:

No comments yet.
Leave a comment
for 'Woods of Desolation reveal next album and new single'