Ahead of the release of their third album, "Oath of Abhorrence", later this month, the track "Cremation Sorcery" is now up for listening. 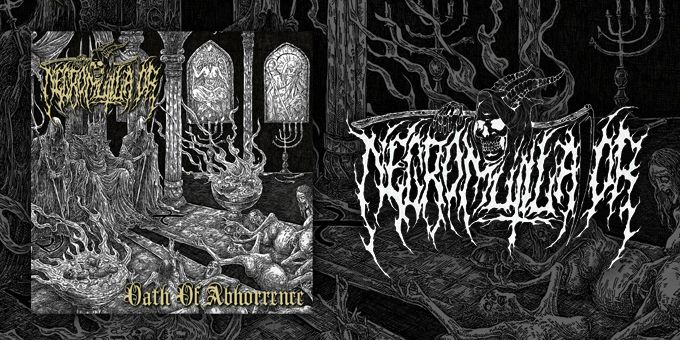 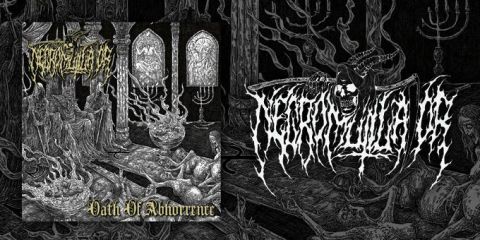 On the 28th of October, Italian Black Metal Death Thrashers

Necromutilator will be putting out their third studio album, titled "Oath of Abhorrence". While we wait, Osmose Productions have premiered the album's second track, "Cremation Sorcery", check it out:


Osmose Productions provided a brief description of the album's contents:

Necromutilator exhume their axes and hammers striking the third full length album, this time by the claws of the mighty Osmose Productions. Ripping riffs, bursting artillery, bloodspilling bass pulsation and vomit from the infernal pit for 8 hymns of black death and damnation, all forged in satanic power and hammering darkness throughout endless morbidity.


The eight tracks in question are as follows:


You can pre-order the album here: http://bit.ly/necromutilator-shop 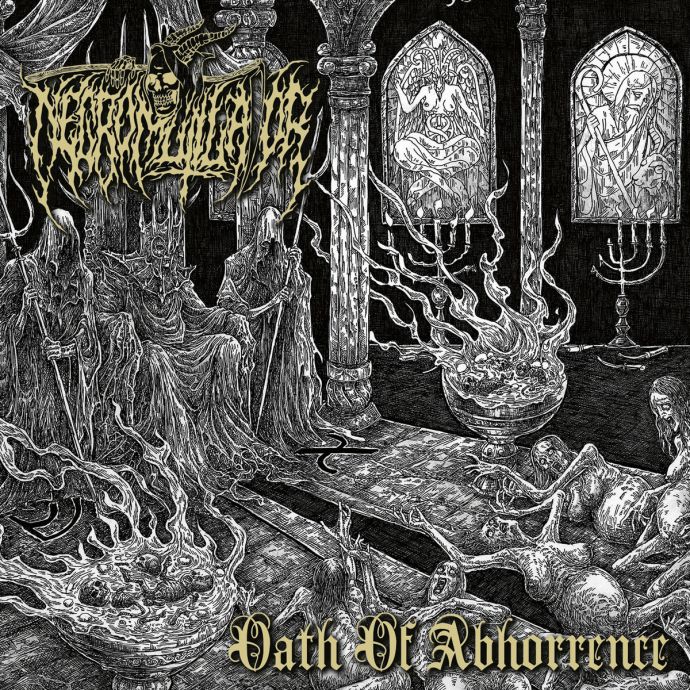 No comments yet.
Leave a comment
for 'Necromutilator premiere new track'