Funeral harvest streaming debut album ahead of next week's release

"Redemptio" is scheduled for release on the 31st of October via Signal Rex, marking the band's debut studio album. 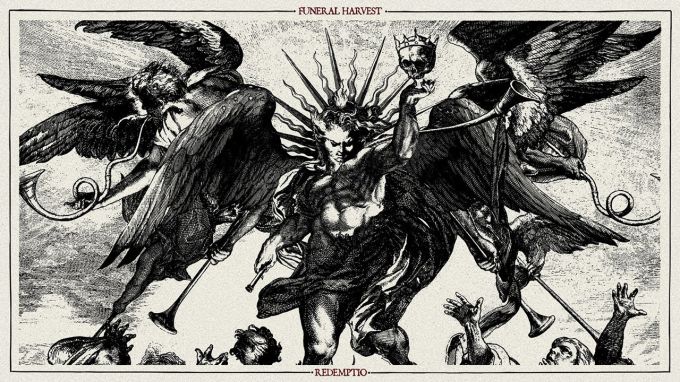 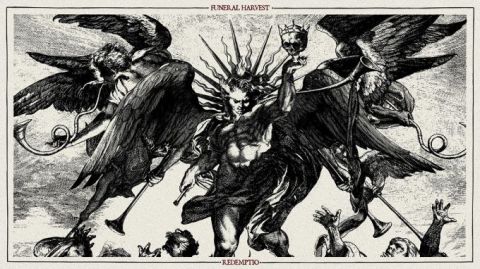 Funeral Harvest are getting ready to unleash what will be their debut studio album, titled "Redemptio", which will drop on Monday the 31st of October via Portuguese label Signal Rex. While we wait, the album premiered yesterday on the BMP channel, check it out:


The label commented on the band's path so far and what listeners can expect:

A pan-international quartet featuring members from Norway and Italy, FUNERAL HARVEST formed in 2016 and unleashed their first public recording the very next year. Tellingly titled Bunker Ritual Rehearsal, this first strike was auspicious to say the very least, and quickly built a name for FUNERAL HARVEST in the underground.

Their raw 'n' robust black metal sound was rooted in the ancient ways but never regressive - in fact, its ghoulish hostility was perversely refreshing. An epic digital single followed in 2019, but it was 2020's self-titled EP, released to widespread acclaim by SIGNAL REX, where FUNERAL HARVEST indeed began to reap: a grim 'n' graven culmination of all that's come before and all that lies ahead.

And now, "what lies ahead" is finally here with FUNERAL HARVEST's first full-length. Elegantly titled Redemptio, the band's debut album is grand and garish, ceremonial and seditious, in equal measure. With a rejuvenated lineup that features erstwhile Beyond Man guitarist alongside vocalist/guitarist Lord Nathas, bassist &alt;, and drummer Ond, FUNERAL HARVEST's attack continues to be undeniably physical, but whereas a wobbly between hypnotic possession and demonic headbanging took hold prior, Redemptio races and rewinds from nearly chaotic violence to smoked-choked repose, creating a delirium that's impossible to resist.

That the exceptionally professional production seemingly amplifies this swarming sensation is only part of spellbinding potion; at every (crooked) turn, there exists a bestial impulse barely tamed, but the order in which they're delivered is anything but random. Razor-sharp songwriting is at a premium, then, as FUNERAL HARVEST judiciously keep their constructions taut and terrorizing: the nine-song album races to the finish in a swift-yet-satisfying 31 minutes.

Both more ghoulish and muscular than ever, FUNERAL HARVEST revitalize elder expressions of Norwegian black metal with Redemptio. Kneel and receive their sacrament. 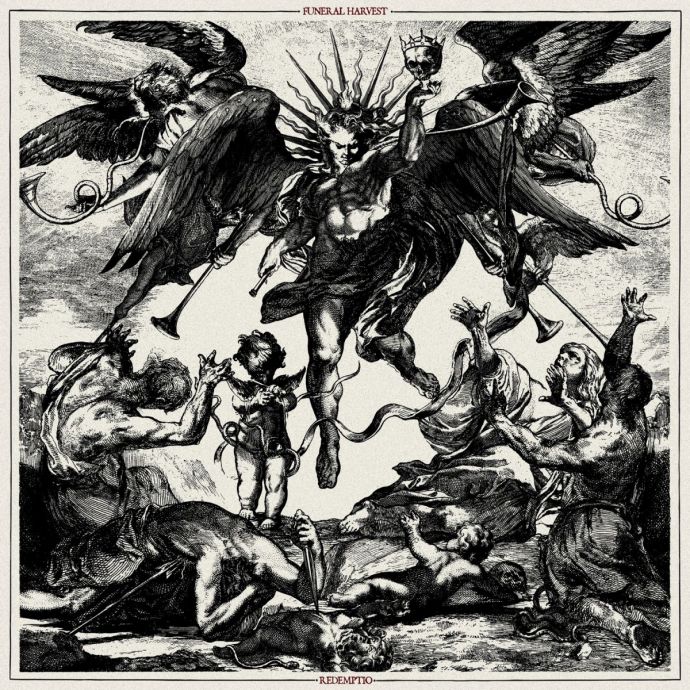 The album is available via the following links:

No comments yet.
Leave a comment
for 'Funeral Harvest streaming debut album ahead of next week's release'