Leading up to their 11th full length album, Greek Black Metal legends Rotting Christ will be releasing a compilation album on the 8th of November featuring six songs from some of the band's early demos. 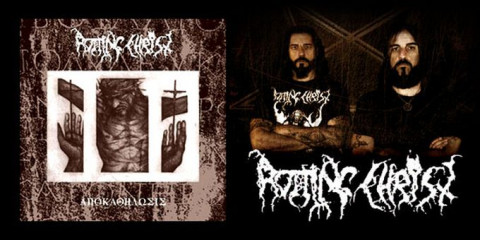 One of Greece's first Black Metal bands, Rotting Christ will soon be releasing a compilation album featuring six songs from their early years, taken from three of the band's demos. The compilation album is titled "ΑΠΟΚΑΘΗΛΩΣΙΣ", or "Apokalypsis", and is due to be released on the 8th of November through NWN! Productions.

The six songs to be featured are the following:


The Nereid of Esgalduin
Vicious Joy and Black Delight
Fgmenth, Thy Gift
The Fourth Knight of Revelation (I & II)
Visions of the Dead Lovers
The ...