The new split features seven songs in total, and is scheduled to be released on the 29th of April via Death Prayer Records. 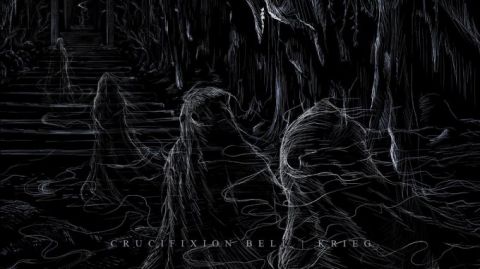 U.S. Black Metal bands Crucifixion Bell and Krieg are getting ready to release a brand new split album on the 29th of April via British label Death Prayer Records. The split features seven new songs, including a Judas Iscariot cover. While we wait, the entire split is being streamed online via the BMP YouTube channel, and is due to premiere later today:

The label offered a recap of both band's careers to date:

In the space of Two years ‘The Astral Serpent’ that leads the call behind the mysterious Crucifixion Bell has pulled the imitated vails off of the USBM scene of ...