The new album, titled "Y.a.HW.e.H", is scheduled to release on the 24th of June, and will be their sixth full-length to date. 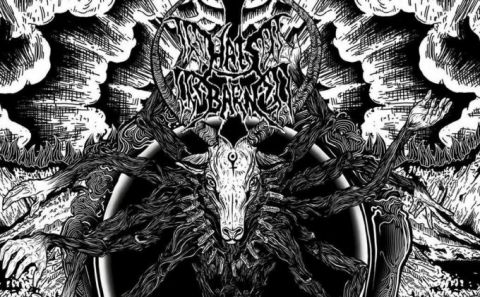 On the 24th of June, French Black Metal veterans Hats Barn will be unleashing their latest album, titled "Y.a.HW.e.H", and being released via Osmose Productions, marking their sixth full-length studio album in a career spanning 15 years. While we wait, the entire album has now premiered online over at the BMP channel:

The song is titled "L'Enfant Doit Mourir", and is the seventh track from the album "Y.a.HW.e.H", expected for release on the 24th of June via Osmose Productions. 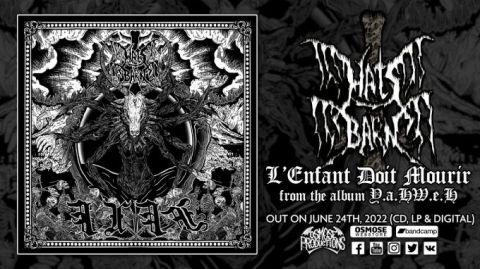 French Black Metal veterans Hats Barn will be releasing their latest album next month, which is titled "Y.a.HW.e.H", marking their sixth full-length album in a career spanning 15 years. While we wait, one of the tracks from the album, "L'Enfant Doit Mourir", premiered earlier today via the Osmose Productions YouTube channel:

HATS BARN plays True Black Metal!! Created by Psycho in the north of France in 2005, it became an entire entity dedicated to praised the greatness of the devil!