Leading up to it's official release on the 26th of March, Norwegian Black 'n' Roll band Kvelertak are streaming their next full length album, "Meir", online in its entirety. 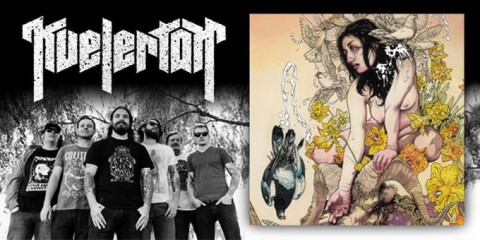 Norwegian Black 'n' Roll band Kvelertak will soon be releasing their second full length album, which is titled "Meir", on the 26th of March through Roadrunner Records. The album has been made available for streaming online in its entirety at the following locations:

Apparently the stream content is blocked in some countries. There is nothing we can do about it, other than comment on how questionable Roadrunner are for choosing to stream the album from sites that are subject to these kind of restrictions.