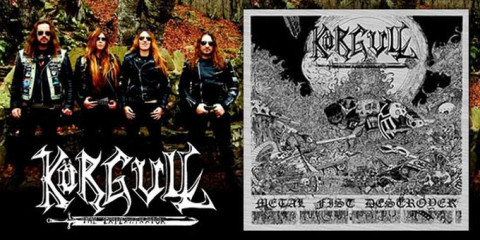 Spanish Black / Thrash veterans Körgull the Exterminator are due to release a brand new full length album today, which is titled "Metal Fist Destroyer", featuring 13 new tracks, including a cover of Voivod's song (and their namesake), "Körgull the Exterminator". The album has been released through underground Norwegian label Demonhood Productions on both CD and vinyl, and features the following track list:


Chant of the Reapers
Grim Reaper
Metal Fist Destroyer
Battle Beast
Possessed by Steel
Time to Die
Batallion of Punishment Under a Bullet Storm
Queen of the ...

On This Day
24th January