The new album, titled "Age of Curse", marks the band's third full-length, and is being released on CD and cassette today through Woodcut Records. 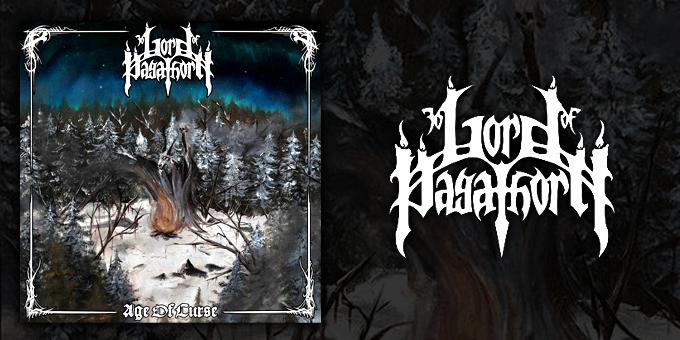 Finnish black metal band Lord of Pagathorn are scheduled to release their new full-length album today, which is titled "Age of Curse". To coincide with the release, the album is being streamed in its entirety through the Black Metal Promotion YouTube channel later today:

Lord of Pagathorn was formed as far back as 1992, however only a couple of demos were released before the band went on a 15 year hiatus in 1995. "Age of Curse" marks the band's third full-length, following their 2018 release "Daimono Philia". Here's a closer look at the cover art for the new album:

On This Day
20th October

1997: Gorgoroth released "Under the Sign of Hell", their third full-length album.

2007: Nekrasov released their debut studio album, titled "Into the No-Mans-Sphere of the Ancient Days".