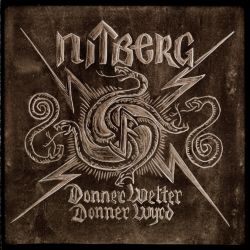 One more review is needed in order to make this album eligible for ranked awards
(Top 100 & Awards page).
70%

I'm not gonna waste too much of your time on this one. People, this album is simply bad! It hurts me to say this as a massive Forest / Branikald fan, but this album disappointed me! It almost sounds like a shitty lost demo of Forest from the final days of the band that has been bootlegged!

The drums are incredibly annoying here. It almost feels as if the microphone was placed inside the bass drum and the drummer was hitting the cymbals with a half-broken ruler! Another annoying part is the vocals, which become funny at some points! Don't get me wrong, I love clean Russian vocals on other projects related to this band, but it just doesn't work in a very soulful way!

All this said, the album actually starts to get better after the fourth track. The riffs are classic Branikald worship all the way. Desolate, empty plain atmosphere, with epic but sorrowful riffs (like on the fifth track), but I can't find any of the riffs that special or memorable in any way.

Unlike the Forest albums which you immediately feel the need to use the volume raise button as soon as the albums start, here the most common button used is the skip button! Boy oh boy, some of the stuff here is dull and uninspired!

The only highlight is probably the sixth track, but it alone can't save this album. Sorry!

No comments yet.
Leave a comment
for 'Nitberg - Donnerwetter, Donnerwyrd'