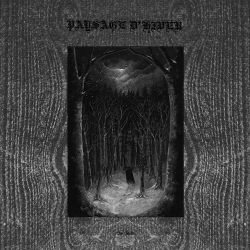 Paysage d'Hiver has one of the most consistent discographies ever. All of the demos that he released before this album are incredibly atmospheric and cold (it never fails to chill your bones!).

Like most of the previous releases, this album is still made with the same formula (because why the fuck not?): cold atmospheres created by overlong, repetitive riffs and drumming. This band is probably one of the few bands that actually managed to capture the melancholy of Burzum (alongside other notable acts such as ColdWorld).

Needless to say, this is probably one of the least accessible discographies in metal history! This is way too cold for normal people to handle!

On the technical front there isn't much too say, as it's extremely primitive (even for DSBM level!), but every instrument is played very tightly. No doubts about the performances.

One of the biggest strengths with this album compared to other releases by this band, is its incredible songwriting. It's almost unbelievable that an album with 2 hours of length can be this engaging! The riffs on the epic long songs are haunting. Black Metal has always been atmospheric, but good God, this is the next level of atmosphere!

And did I mention the incredible atmosphere? (you can't overemphasize this fact!)

Overall, I don't want to talk too much about this album, as I believe that primitive Depressive / Ambient Black Metal releases should be listened to instead of talking about it. Just go to a lonely, quiet room, turn off the lights, and let this masterpiece embrace your soul! Every release by this band is a must-listen if you want to feel cold and desolated!

Highlight? There are so many, but "Stimmen Im Wald" is just simply the perfect song!

PeaceThroughAnarchy on 18th May, 2021
Trusted User - Lycanthropia.net - 160 reviews
Bang That Head That Doesn't Bang to Sarcofago.

No comments yet.
Leave a comment
for 'Paysage d'Hiver - Im Wald'