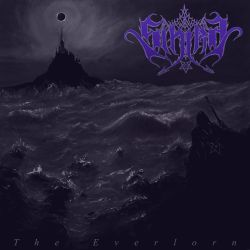 Not a revolution, but an EVOLUTION!

Sinira is a one-man Melodic Black Metal band hailing from Texas. After releasing a decent demo, he started to tease us with some singles of this, his debut album. The single "Where Starlight Does Not Shine" was probably the best of the two (and one of the best Melodic Black Metal songs from the last 10-20 years!).

This song showcased a very strong sense of songwriting. It started with a very evil, old school tremolo-picked riff, then transforming into a fantastic melodic riff with some thoughtfully appointed acoustic parts in between. The vocals on that song were extremely well-performed as well (you can't miss the fact that this guy was obsessed with Jon from

Dissection!). And even though it was a tad bit overlong, it showcased a promising start for a new band.

Fast-forward one year, and we have the debut full-length. And with a full-length, you can feel the Dissection similarities much easier! The most obvious of these similarities are the inclusion of full-on acoustic interlude songs like "Souls of the Flame" (which is reminiscent of the first Dissection EP). There are tons of similar Dissection-reminding aspects, but unlike most people who criticize this album for those similarities, I think this dedication towards Dissection is one of the strengths of this album. Few bands managed to create the Dissection magic with some unique touches of their own the way this guy did.

One of the less unique aspects about this album is the vocal performance, which is almost identical to Jon's vocal performance in the early days of Dissection (boy-oh-boy, I mentioned the name Dissection here so many times that people will wonder if this is actually the review for "The Somberlain"!). All this said, I couldn't have been happier with the vocals. They feel incredibly nostalgic for some reason.

The production is simply perfect. It creates the cold, icy atmosphere without hurting your ears. The drums are incredibly tightly performed. You may find it just a simple blast-beat, but you will be amazed with the number of modern bands that can't even manage that!

There are tons of highlights here, but I'll go with one of the previously unreleased tracks. "Our Final Nightfall" has one of the most beautiful melodic riffs I've ever heard in my life. Couple that riff with the badass vocals and atmospheric passages, and you end up with an A-grade Melodic Black Metal song.

Overall, as I mentioned briefly earlier, this album doesn't create anything new. There are some unique touches here and there but overall, this album tries to perfect the old school 90s Swedish Melodic Black Metal sound of Sacramentum and Dissection. It manages this without straying out of the established techniques and attitudes. Highly recommended.

No comments yet.
Leave a comment
for 'Sinira - The Everlorn'