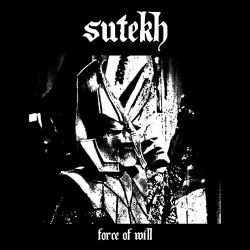 One more review is needed in order to make this album eligible for ranked awards
(Top 100 & Awards page).
72%

Sutekh - Force of Will review by warblackmetal666

Sutekh is a band that I discover by accident. Sometimes, I like to buy some tapes of band that I don't know so I can discover some new think, and I found Force of Will. So, I told myself, why not do a review of it so it can help be more known. So let's start with the good point of this EP.


This EP is a bit weird, sometimes the riff are really good and sometimes they are pretty bad. It really depend on the song. But they are mostly good in general. A good example of a good riff in this album will be the second song. In this same song, he tried a guitar solo that is far to be awesome but still can be appreciate. Another good point is the vocal, the guy have a really good screamed voice and his voice really feel good with the raw black metal ambiance that we have on this album.


Now, the bad point. The drums are one of the biggest bad point of this album. The are really often weak and I will even say that they don't fit with the rest of the music. And when they fit, it's a totally normal blast beat, so no originality at all here for the drums. But a good example of bad point in general is the third song. The guitar and the vocal are good, but the drums are disgusting and the little add thing to make the progression better, like the famous "Blegh", are extremely bad. Ive never seen a "Blegh" fitting less with the music. And the progression of the drums are terrible on this song.


So, to conclude this review, that was a pretty short review but the EP is only 16:36, so it will have been tough to do more. I would not say that this is a bad release, but it have a lot of important bad point that make it a lot less good. Hope Sutekh will improved these point on their next released and I hope you will enjoy this EP more than me.

0 Comments
for 'Sutekh - Force of Will'

No comments yet.
Leave a comment
for 'Sutekh - Force of Will'