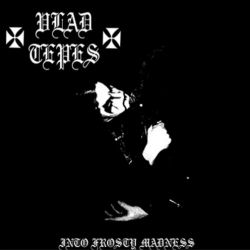 One more review is needed in order to make this album eligible for ranked awards
(Top 100 & Awards page).
64%

For people who thought the War Funeral March demo wasn't that raw!

When I first listened to the War Funeral March demo, I never thought "boy, I wish they made a more brutal and even rawer version of this!", but it turns out they had a thought like that.

So, they re-recorded those four songs ("War Funeral March", "Walachian Tyrant", "Returning to My Old Battlegrounds" and "From the Celtic Moonfrost") for this demo in a very raw and primitive fashion (like it wasn't already!), but as I said on my review for the original demo, these songs are not that special, mostly because of their rather mediocre riffs and songwriting.

The other three new tracks have some problems too. The cover of Bathory's legendary "Bestial Lust" is so badly performed and produced that you wouldn't have guessed that this was actually a Bathory track if it hadn't said so on the track list! The remaining two songs were promo / rehearsals for the upcoming split album with Belketre (a legendary release!), but the recording is too blurry, and the versions on the split are FAR better.

The best song is definitely the intro song, "Wladimir's March".

Overall, a very pointless release that should be avoided (if you ask me!).

No comments yet.
Leave a comment
for 'Vlad Tepes - Into Frosty Madness'

Leave a comment
for 'Vlad Tepes - Into Frosty Madness'