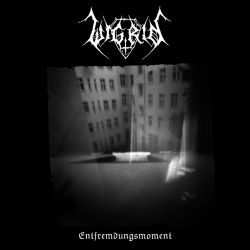 The unexpected return of Wigrid!

Most people remember Wigrid as a Burzum copy band, but that's simply not true! Yes, the first album was very much inspired by the raw mid-90s Burzum albums like "Hvis Lyset Tar Oss" and "Filosofem", but Wigrid has a very original approach in its music.

The second album, "Die Asche Eines Lebens", was where Wigrid started to become a legendary act. The desperate soundscapes and cold melancholy of the album were mesmerizing. And now, after a long gap, we have another release by this band. Naturally, after such a legendary album, the expectation is very high indeed.

I'm not gonna waste time on the technicalities of this release and go straight to the point. THIS ALBUM IS INCREDIBLE! I didn't expect much from it, but I have to say, Wigrid hasn't lost any of it's appeal (I mean, come on, even Burzum itself lost some of its magic after that long gap!).

The songs are still in the same repetitive overlong fashion, with the same primitive riffs as before, but with some new touches. Just like the previous album, there is an ambient song here too, but I have to say I prefer the one on "Die Asche Eines Lebens" a bit more!

Overall, there isn't much new here, but that's a very good aspect of this album! The previous album was so perfect that you pray that there is a MKII version of that it! This is not as great as that album, but I would say it manages to capture it's magic after this gap.

PeaceThroughAnarchy on 20th May, 2021
Trusted User - Lycanthropia.net - 160 reviews
Bang That Head That Doesn't Bang to Sarcofago.

No comments yet.
Leave a comment
for 'Wigrid - Entfremdungsmoment'