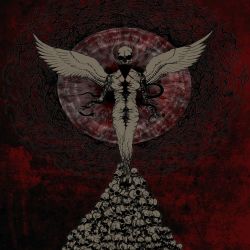 Submitted by qvodamnis
1 user has collected this album

A surprising balance between experimentation, heaviness and rawness.

Insects in your lungs
Waiting for the time


Experimentation and dissonance. Many groups try to rip off Deathspell Omega incorporate this elements in their sound, but generally end up just being either exhausting or weird as fuck (not in the good way). Providence of Death thrives exactly where those releases fail: a wary balance between hypnotic, dissonant ambiance and raw heaviness.

Hailing from Jonava, a small town in Eastern Europe, the one-man band

Zigota is a relatively new project (they formed in 2016). Yet, their debut EP (following the release of a demo and a split with

Woundcult) proved to be not only a solid addition to their discography, but a thoroughly cerebral, fucking great piece of Black Metal.

Mindaugas Vilkas, the tormented soul behind the project, demonstrates a excelent sense of space and timing. Tracks like "Providence 6" and "Niežulys" (lithuanian for "itch"), for example, interpolate moments of psychedelic, even ritualistic, riffing and drumming with bursts of pure rage. This opus integrates a small sect of releases that manage to be captivating without being slow-burns.

0 Comments
for 'Zigota - Providence of Death'